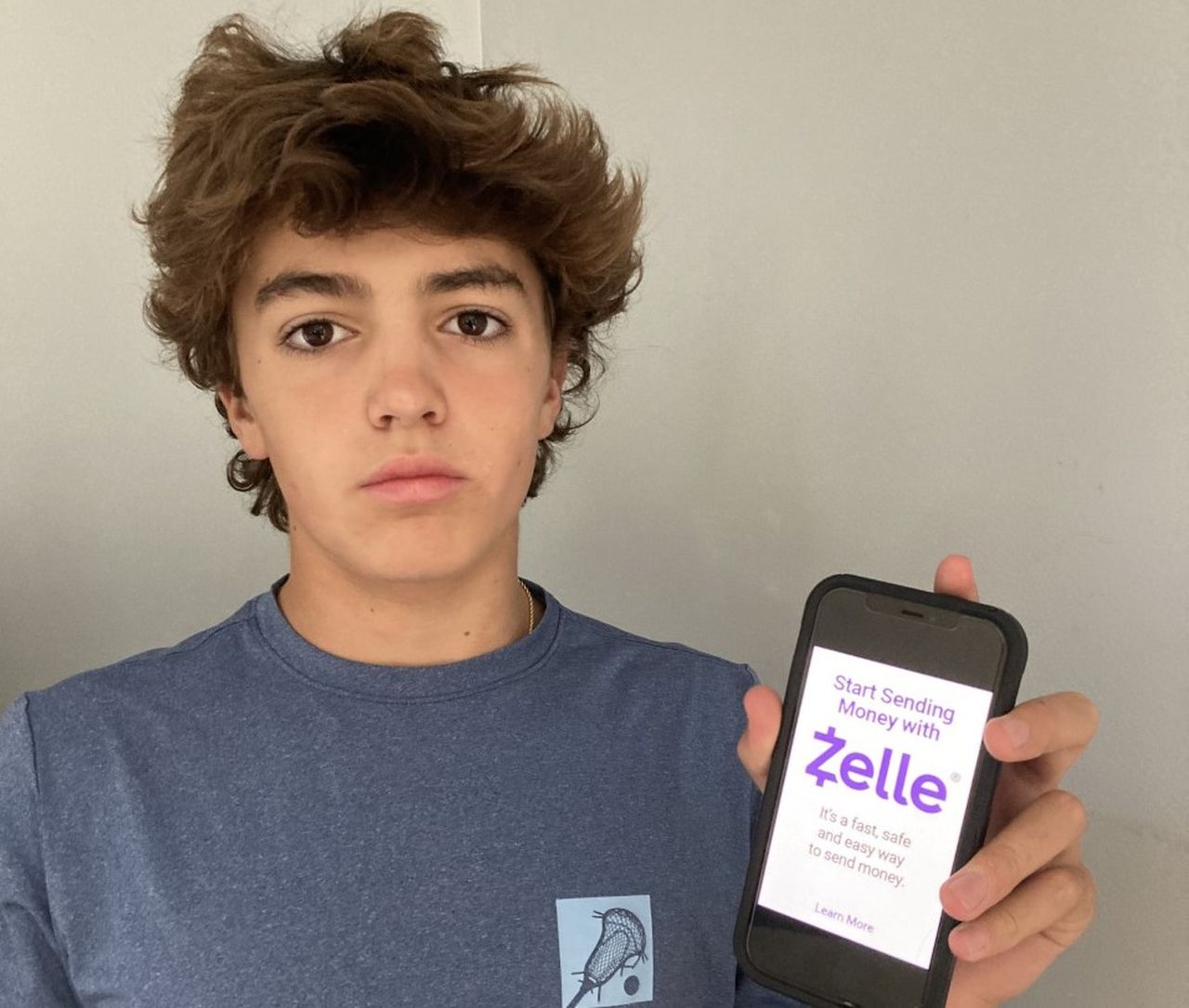 Teen was saving for a fishing boat. Then he lost $500 in a Zelle scam.

Troy Conover and his friends are pretty resourceful.

The three teenagers had a goal for this summer: to earn enough money — about $1,000 — to buy a small fishing boat that they would share, maintain and store together for the off season.

“We’ve all done hustle and bustle, like refereeing hockey games, mowing lawns, getting birthday money,” said Conover, 14, of Westfield. He also set aside what he called “generous” gifts from his eighth grade graduation to use for the ship.

Looking for other ways to make money, he put a computer up for sale on Facebook.

That’s how he got caught in a Zelle scam involving his Bank of America bank account. His mother said it was a joint account because he is underage.

Zelle is a money transfer service run by Early Warning Systems, a company created by several of the nation’s largest banks, including Bank of America. Zelle processed more than $490 billion in transactions in 2021, overtaking its closest competitor, Venmo. And in 2020, nearly 18 million Americans fell victim to scams involving money transfer apps like Zelle, according to Javelin Strategy & Research.

When he put his computer up for sale online, Conover said he found a buyer willing to pay the $500 price tag on August 3.

Soon after, he received an email from [email protected], which supposedly came from Zelle but was actually from the scammer. (Our messages sent to this email were returned as undeliverable.) The email told Conover that Zelle was unable to accept the money sent to it by the alleged buyer in due to a limit on Conover’s bank account.

“We are placing initial limits on all accounts to increase security precautions and help prevent fraudulent activity,” the email explained. “An alert has been sent to the buyer regarding the additional payment of $500.00 they need to send to you, we will secure this transaction with high priority where neither buyer nor seller will lose a penny.”

Conover said he called Bank of America and it raised his transaction limit.

The peddler’s email told Conover to send the $500 – the money that never hit his account – to the buyer of the computer.

Not yet realizing it was a scam, Conover Zelled the money.

But within moments, he said, he realized he was being scammed and he asked his father for help.

“The $500 payment was made, but the $400 and $200 were still pending,” he said, so those two payments were ultimately not made. “The bank told us we had to call the fraud department and we did. They told us they couldn’t get the $500 back but they would investigate.

That wasn’t enough for Conover, so he wrote a letter to Bank of America CEO Brian Thomas Moynihan.

“I ask Bank of America to protect other kids like me from scams. I think there should be parental approval before money can be transferred through Zelle – it’s too easy to send money money to anyone without any approval,” Conover wrote.

Then Conover asked Bamboozled for help.

While we don’t yet have data on Zelle scams in 2022, anecdotally we are hearing more and more from readers who have been scammed or nearly scammed.

Few were able to get their money back.

Indeed, banks generally say that Zelle is not covered by Regulation E, a federal law that covers electronic transfers. They argue that they are not responsible because fraudulent transactions are technically not allowed, even if the account owner was tricked into making the transfer.

We asked Bank of America to look into the matter.

“They said please tell him not to use Zelle with strangers,” she said.

Troy Conover said he was shocked to learn he was getting the money back. He said his parents had already warned him not to send money to anyone online, and he still thinks banks should have more protections for minors.

Bank of America said it was still investigating the matter when we asked it for a review and was “grateful” to be able to “recover the funds” from the receiving bank.

The bank would not ask a customer to transfer funds to prevent a fraudulent transaction, spokesman Bill Halldin said.

“We alert customers during the transaction if they are sending money to a new recipient that they should only send to people they know and trust and never transfer money to the from an unexpected call or text,” he said, noting that the bank notifies customers of this when they initiate a Zelle transaction and they must click “OK” to proceed.

Customers can learn about new scams on its website.

“A lesson from all of this is to never trust anyone online and especially don’t give them money, no matter how real or legitimate it may seem,” Conover said. “I thought I could spot a fraudulent email, but the emails I received seemed very real.”

Please sign up now and support the local journalism YOU rely on and trust.

4 Arrested for extorting money, had ties to Pakistan-based gang: Police