In the two years since its launch, To throw has processed over $ 3 billion in transactions from its 6 million users. This makes Toss 10 times the size of all of its competitors in Korea combined, according to data from the Bank of Korea. Over the past twelve months, Toss has also grown its user base 13-fold, mostly through word of mouth.

These numbers not only make Toss Korea the most popular money transfer app, but also make Viva Republica one of the fastest growing fintech companies in the world.

â€œToss’s growth as a product and as a team has been phenomenal,â€ said Eric Kim, Co-Founder and Managing Partner of Goodwater Capital. â€œIt has always proven to be world class in terms of products and technology, unlocking unprecedented growth. They are on track to serve 50% of Korean millennials by the end of this year and have a strong track record to launch services for all users. groups too. There is a clear path for them to become one of Asia’s most important fintech unicorns. “

A favorable relationship with Korean financial regulators and agreements with 18 of Korea’s top 19 banks have also placed the company on a solid footing for rapid future growth.

This funding round cements Viva Republica’s relationship with investors who have supported some of the best technology-driven consumer services in the world. PayPal, a global technology platform and leader in digital payments, also owns Venmo, a popular mobile payment service compatible with social networks that allows people in the United States to make and share payments with friends, family, and select businesses. Bessemer Venture Partners has funded some of Silicon Valley’s biggest success stories.

â€œWe are incredibly impressed with Viva Republica’s rapid growth, widespread user adoption and product execution. It has all the ingredients to become a dominant and market-leading financial services platform in Korea, and we believe there are a number of short-term monetization opportunities for the company. Bessemer is delighted to support its continued growth and development, â€said Talia Goldberg, Investment Professional at Bessemer Venture Partners. 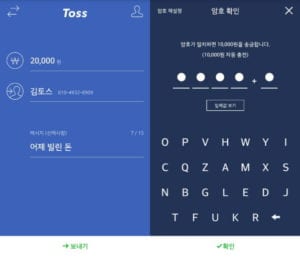 SG Lee, a former dentist turned entrepreneur, was personally frustrated by the archaism of Korea’s online and mobile banking experience. He founded Viva Republica in August 2013, with a mission to make consumer credit frictionless. The company’s first app was a revolution for P2P money transfers, reducing the process from 10 to three steps.

â€œAs a leader in the P2P money transfer market, we have an incredible opportunity to expand our product offering and user base in Korea, where vertical markets tend to cluster into one or two players. foreground, â€said SG Lee, founder of Viva Republica. and CEO. â€œWe are taking full advantage of this opportunity by rapidly deploying new services that have proven their worth in other markets. Using this strategy, we strive to deliver a seamless user experience across all facets of consumer finance within a super simple mobile app.