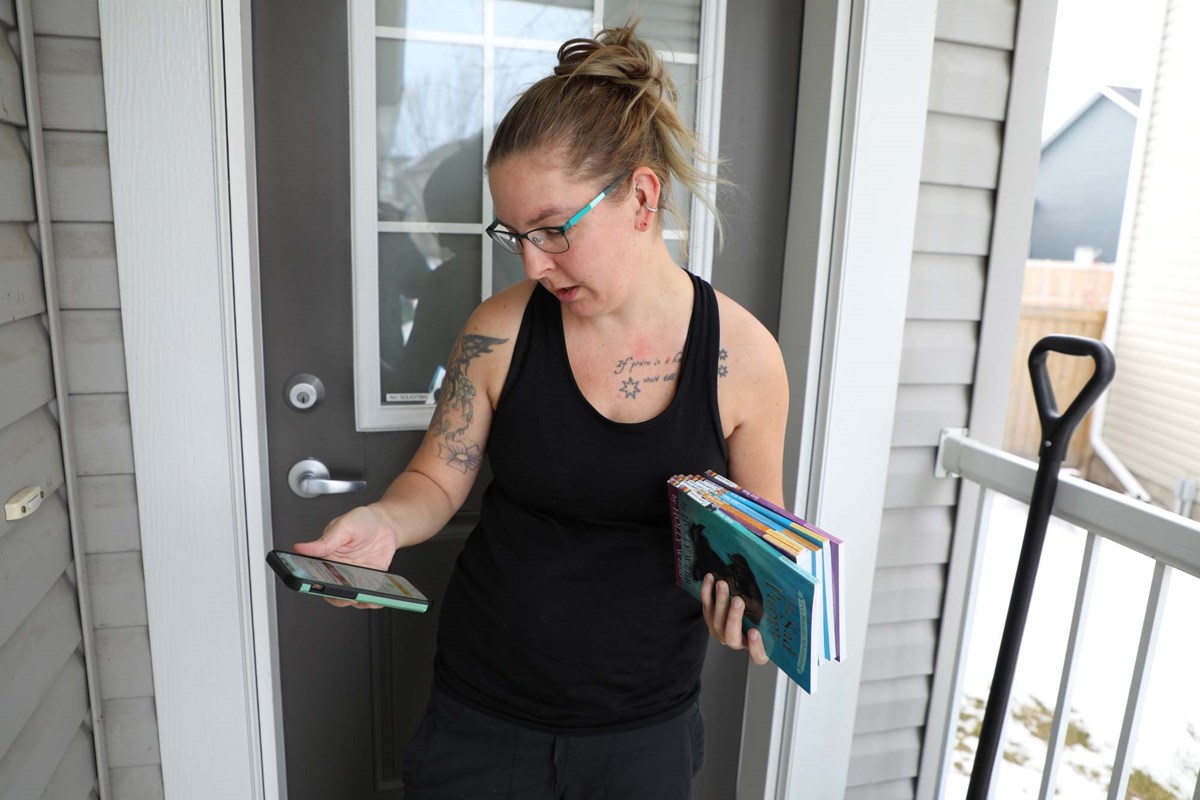 A St. Albert woman wants people to know about a new scam she has encountered while selling online.

ST. ALBERT: Jenna Basso accepted hundreds of wire transfers for items she put up for sale online, but a November 24 sale was filled with red flags.

â€œThere was just something wrong with the whole deal, even from start to finish there were red flags,â€ Basso said.

Basso had listed a variety of children’s books on a St. Albert social media sales and exchange page. She received a message through the social media website, but the message was in French, a language Basso does not speak.

â€œI just kind of responded with ‘English question mark.’ Then the next message was ‘Available?’,â€ She said.

Not all of the books were available yet and Basso gave the person a discounted price. Basso received what she believed to be an email transfer, with the original price.

â€œIt was my first red flag. I’m like, ‘Why would you pay more for something when I told you I don’t have them?’ “, did she say.

The second red flag was that the transfer was in French.

â€œThe message was all in French. So, knowing that I don’t speak Frenchâ€¦ I copied and pasted it and put it in a translation application, â€she said.

What the person sent was a request for funds.

â€œThey were asking me to send them money. I mean most of the people with these things are going to just click, click on it, click ‘accept’ and then not realize that it just took $ 30 out of their account instead of putting $ 30 into their account â€ , she said.

A spokesperson for TD Canada Trust, the bank Basso does business with, was not available for an interview in time for the publication. Ian Mccoll, the bank’s director of corporate and public affairs, however, posted a link to the company’s fraud protection section on its website.

In an article on online shopping scams, Tammy McKinnon, head of the Financial Crimes and Fraud Management Group at TD, said that after the recipient has made an email money transfer, it cannot be collected by the bank.

Data from the Canadian Anti-Fraud Center shows an increase in the amount of money Canadians have lost to fraud. As of October 31, Canadians had lost $ 198 million to fraud, compared to the $ 106.6 million lost in 2020.

The Anti-Fraud Center has a list of common scams, but the email forwarding scam was not easily searchable.

Basso said she just wanted other people to know about the scam.

In a press release, the St. Albert RCMP said it is important not to click on links from people you don’t know or to verify the legitimacy of a link from a friend or a friend. company before you click.

There are a variety of cybercrime.

Cyber â€‹â€‹thieves target or use a computer, computer network, or networked device such as a tablet or mobile phone. Due to our daily addiction to the internet and devices, it is easy to fall prey to cybercrime.

Phishing, one of the most common tactics used in cybercrime, requires people to validate information by clicking on a link and can also use the threat of legal action. If you have any concerns, call the company directly threatening to act.

Other measures recommended by the RCMP to protect you against cybercrime include not reusing passwords and changing passwords often with a combination of letters, numbers and special characters for added strength.

Multi-factor authentication also makes it harder for criminals to access social media or other websites, as it requires the user to access an account with multiple pieces of ID.

The RCMP also recommends that Internet users buy from trusted sources and avoid making financial transactions over a public Wi-Fi network. Users should also install updates on their devices as soon as possible, as these updates resolve security issues.

After realizing that the wire transfer was a request for funds and not a deposit, Basso asked the person if they were wrong.

â€œThey blocked me and left the conversation. They knew what they were doing, â€Basso said.

â€œWhen it’s in another language, you think, ‘OK, there’s a language barrier’. They try to use it, so people don’t really check what it says.