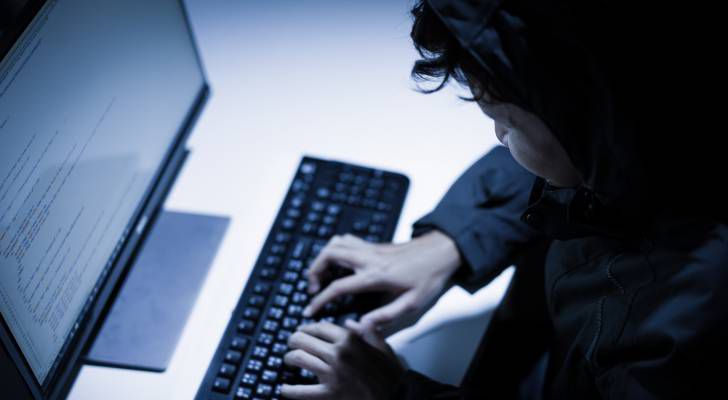 Blaire Wortley met a man on the dating app Hinge in September 2021. He was smart, successful and said all the right things.

“[He was] very charismatic, very outgoing and straightforward, seemed to know what he was looking for… Having someone who seemed very engaged and asked the questions and held my attention was very appealing,” said Wortley, who lives in Calgary, Alberta.

She grew suspicious after the man failed to electronically transfer his money for a dinner party he insisted on paying. After being harassed on social media, her friend came across a photo of her ID card on Facebook – with a comment below from a woman claiming to have been scammed.

Worley says she quickly discovered he was targeting single white women in their 30s and convinced them to send him money for things like tech deals or lavish vacations.

The Wortley’s Hinge date is just one of many suspected scammers who have recently been reported to authorities. After investment fraud, romance scams cost Canadians the most money in 2021, according to the Canadian Anti-Fraud Center (CAFC).

The center has received 1,928 reports of romance scams, which totaled more than $64.6 million in losses in 2021 – although CAFC call center supervisor Sue Labine says that number is an underestimate . Data shows that less than five percent of victims report fraud.

As Canadians emerge from pandemic isolation and seek emotional connection online, dating app users need to stay vigilant and do their research after swiping right to avoid breaking the bank — and their hearts.

How do romance scammers defraud their victims?

“They imitate the person’s life, their way of life, to match their own profile. For example, if the person they’re targeting is a golfer, well, they’re good at golf,” Labine says.

Scammers may use psychological tactics to gain a victim’s trust, such as professing their love immediately or sending them gifts, and often work in groups with other scammers to help each other exploit their victims’ weaknesses.

Wortley, who works in the wireless industry, says the man she spoke to likely found his profile on LinkedIn and other social media platforms. “He’s like, I used to work for Google, I actually know your company. And then he named someone from my company… He also mentioned that his family owned a ranch and he owned two horses. Well, my family owns a ranch, we have horses.

He postponed their first date because he said he had been in a car accident. Wortley was initially skeptical until he sent her a photo of himself wearing a neck brace in the hospital – a photo that other victims also received, she said.

When they rescheduled dinner, she said he pretended to email her to the table after telling her he had forgotten his wallet at work. She later told him that she never received the money, and he told her that her accounts were frozen and sent her screenshots of his live chat with the bank.

Labine says scammers come up with various reasons for victims to send them money, such as for a cryptocurrency investment scheme, a hospital bill, or a short-term loan. Sometimes they can ask you for money within days, while others will build a relationship for months and years in advance.

“As long as the victim constantly shows that they are suspicious, it will take longer for the scammer to start asking for money,” she says.

Wortley thinks victims may feel embarrassed or ashamed to report that they have been scammed. “You think, what are we going to do? How am I going to get $3,000 back? … What’s even the point?

Wortley created a public Facebook group to report the man she met, give others a space to share their stories, and raise awareness about romance scammers in general. When she met other victims, she also discovered that he operated by robbing one woman to pay off another.

Calgary Police announcement in February that the man she reported was charged with two counts of fraud over $5,000 and possession of proceeds of crime over $5,000, with other charges pending .

What should you do when you’ve been scammed?

If you are a victim of fraud, contact your local police department and call the CAFC or report it. website. And report the scammer’s profile to the dating app company, who may be able to ban or remove the user from the app.

“If you report it right away and the fraudster didn’t withdraw the funds from the account right away, it’s possible that [the bank] could stop this transaction.

What are the red flags to watch out for?

“Love bombing is number one…no one really knows you to love you that fast,” says Wortley, who mentioned her scammer told her he really loved her before she even met him .

“Another red flag is – I like to call them Mr. Me Toos.” Scammers want you to like and trust them, so they will accept your preferences and interests. Do your research when you meet someone online and also check their social media profile.

Also watch out for people who talk about their money or finances too soon, adds Wortley. The man she met on Hinge constantly bragged about his alleged wealth.

As for your own behavior on dating apps, you should never give financial or personal information to someone you’ve never met, notes Labine. Do not send intimate photos or videos of yourself and do a reverse image search of the photos they send you, just in case they have been posted elsewhere.

Wortley says many women have reached out to her asking how they can get their scammers charged and investigated. If you think you’ve been the victim of a romance scam, she says, trust your instincts and don’t give up.

“Don’t let anyone make you feel crazy. If someone turns you on for something they’re doing [and says] Am I sorry for making you feel like this? No you didn’t Craft I feel anyway. You did it. So, stick to your guns. You know what is right.

This article provides information only and should not be construed as advice. It is provided without warranty of any kind.

Sign up to receive daily news from the Vancouver Sun, a division of Postmedia Network Inc.

Thank you for your registration!

A welcome email is on its way. If you don’t see it, please check your spam folder.

The next issue of Vancouver Sun Headline News will soon be in your inbox.

We encountered a problem during your registration. Try Again

Automotive: 10 things you need to know before selling your car

Do not place this bid yet! Make sure it’s not an auction scam