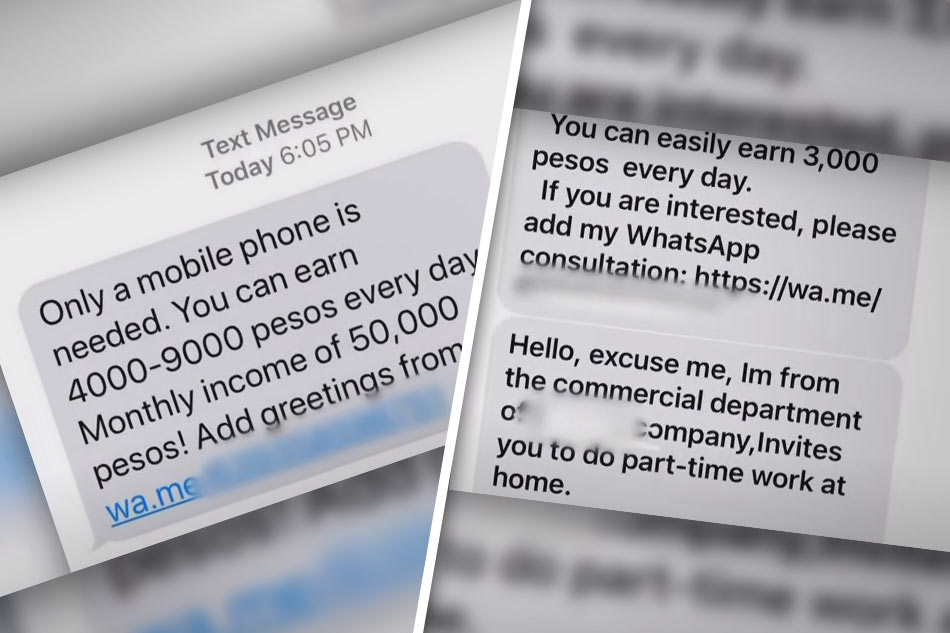 Telecom operators should block domains, URLs, links or QR codes from fraudulent sites based on existing databases collected from government agencies such as the NTC, National Privacy Commission, Ministry of Trade and Industry, police and reports generated by machine learning or artificial intelligence. , said the CNT in a note published Tuesday to the media.

Concerns have been raised by the public over the past week after SMS spam messages have become more personalized, which now contain users’ names and, in some cases, surnames.

Telecom operators are asked to submit a written report to the NTC no later than September 16.

Despite the use of personal information in spam messages, the National Privacy Commission said Filipinos’ data was unlikely to be collected from a large-scale data breach or from contact search forms.

Meanwhile, stakeholders and several lawmakers have been pushing for the approval of the SIM card registration law, which is seen as helping to stamp out illegal SMS-related activities.

Telcos said it was also stepping up its detection and cybersecurity efforts to protect consumers.

Cash Advance Apps vs Payday Loans: Which is Better?