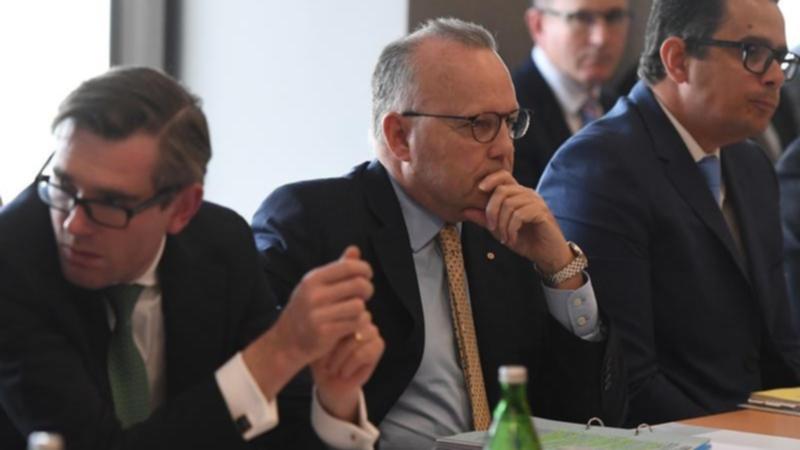 The former NSW Treasury secretary knew more than $1 billion would be funneled into a state-owned company to avoid the accounts being thrown out by the auditor general.

But hours before it happened – and unable to say it would – Michael Pratt appeared at a parliamentary inquiry into the Transport Asset Holding Entity, dismissing allegations that it engaged in “accounting trickery.” “.

Mr Pratt told the inquest’s final hearing on Monday that the $1.1 billion he knew was being announced hours after his previous testimony was not a “black hole”, but “a money moving from one part of the balance sheet to another”, which it was not. comment at the previous hearing.

“I was aware,” Mr Pratt said, but “the treasurer hadn’t released the budget, I couldn’t speak to this number.”

Originally planning to step down in the first half of 2022, Mr Pratt “reached an agreement” and left the Treasury in January after his replacement was found ahead of schedule.

He acknowledged on Monday that this meant he was fired with a 38-week payout.

Summoned to appear again on Monday, this time as a private citizen, Mr Pratt told the hearing that there was “no connection between my departure and TAHE”.

Auditor General Margaret Crawford approved the state accounts in January, after delaying her decision, noting “significant uncertainties” about the entity.

The Crown corporation was set up to own transport assets, including railways and trains, which Transport for NSW entities pay to use.

One uncertainty was whether the funding provided to rail operators Sydney Trains and NSW TrainLink would be sufficient to produce the required returns from TAHE, which other agencies would have to pay to use the trains and railways it owns.

These included raising the government’s expected rate of return to shareholders from 1.5% to 2.5% and providing an additional $1.1 billion to operators during the biannual budget review.

Mr Pratt agreed it was fair to say that was the only reason the state accounts were subsequently cleared by the Auditor General.

He was also “really surprised” by the Auditor General’s report as many of the remarks made “had not been raised” with him before.

Ms Crawford said the forecasts received from the Treasury for the entity were “late, unsophisticated and inaccurate … which sought to support the desired outcome of higher projected returns”.

Mr Pratt said he was sure there were mistakes ‘in a matter of this complexity and substance’, but ‘not just Treasury mistakes’.

Google ad bank scam: Victim recounts how he was tricked out of nearly S$20,000 in a sophisticated scheme