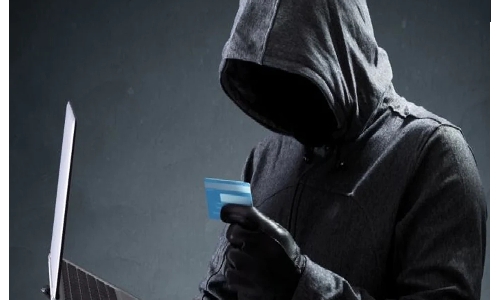 Fraudsters have reportedly targeted the Kingdom’s online banking and financial network, resulting in loss of money for many.

We learn that many victims have filed a complaint with the police, pleading for a thorough investigation into the case.

Upon receipt of the call or SMS, data is leaked and the money is either transferred to other accounts or used to purchase various goods online through the payment application already installed on the mobile phone.

Speaking to the Daily Tribune, a Kingdom-based Indian businessman who lost 1,090 BD to crooks said: â€œI would get calls and texts from many strange numbers.

When I opened one of the posts it took me to an online platform, quite similar to the one I normally use.

I started to receive calls and texts from anonymous numbers.

I didn’t choose them either, and I didn’t share my OTP.

I immediately informed the money transfer app and was told to change my transaction password.

“Despite the change of password, I started receiving messages from my bank initially debiting BD1000 and BD30 three times later.”

â€œMy mobile app transaction limit was set at BD 300 and the online transfer limit was BD 1,000.

It is hard to believe that the crooks even managed to overcome this specific cap and transferred 1000 BD to another local bank account, in addition to purchasing three vouchers from a telecom company for 30 BD each.

He said crooks could have transferred the money to a foreign account. â€œWhen I spoke to my bank, they told me that they had already sent a message to get this money back but they couldn’t get it back because the money has already been transferred from this account as well. I did not receive any calls from my bank or from the criminal investigation department. I’m afraid the money is gone forever.

â€œIt is high time that the authorities concerned investigate the matter more seriously and coordinate with the countries which host the banks in which the money has been transferred.

How can they ignore this by telling us we have no idea what the funds are!

Another Indian national, who lost BD40 to the crooks, said he contacted his bank to inform them of the fraudulent act.

â€œThey seem to be clueless.

They are also unwilling to take responsibility for securing my online banking process.

But many lose money while transacting online.

I could see many people waiting at the CID office with similar complaints. “

Two days ago, a Bangladeshi national woke up to find that BD150 had been transferred from his account.

â€œI rushed to the bank.

They didn’t believe me and cited the situation as my mistake. How can I transfer money while I am sleeping? “

After I informed the bank officials gave me a letter, which I handed to the staff of the CID.

I hope I get the money back once the crooks fall into the net of the police, â€he said.

A banker who opted for anonymity said crooks were skimming ATMs to collect card details.

â€œA skimmer is a card reader disguised as an ATM.

Things get a lot easier for them since most people have the same passwords for ATMs and online banking.

This information is used to transfer fraudulent funds locally before sending them overseas.

Most often, the local account holder is unaware that fraudulent funds have been transferred to their account.

â€œSuch incidents pose difficult questions for us. Is online money transfer safe? How secure is his bank account? Why can’t we follow the crooks? Are online applications a secure platform? Why can’t they find the final beneficiary?

Why doesn’t anyone take the blame when scammers loot money from our accounts?

These are all challenges we face in a tech driven world. When no one is ready to take responsibility, caution is the only remedy. “

Cyber â€‹â€‹security experts have always emphasized the need to protect the Unified Payment Interface (UPI) and online transactions from scammers in light of the increase in online payments.

They include not responding to calls and texts from strangers, as well as creating different passwords on different UPI accounts and apps.

The Central Bank of Bahrain has repeatedly campaigned and sent out messages alerting you to the possibility of being a victim of online fraudsters.